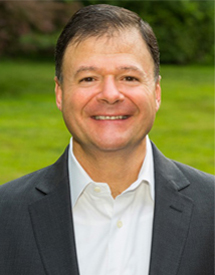 Dr. Leiderman has a private practice in Westchester county and New York City since 1997. He subspecializes in family, group psychotherapies and neurofeedback. He provides treatment to all age groups with a multitude of mental health and presenting problems. In 2011 he became the director of Neurofeedback & Psychological Services, PC an integrative and contemporary private practice in Purchase, New York.

Previously, he was instrumental in establishing the first bilingual/bicultural mental health treatment program in Westchester County at Saint Vincent Catholic Medical Centers Westchester where he served as the director of the Latino Treatment Services from 1996-2011. He supervised a multidisciplinary team providing outpatient bilingual/bicultural mental health and substance abuse treatment. At Saint Vincent’s Hospital he served as the director of the doctoral psychology externship program for 12 years, coordinated the doctoral students’ yearly clinical training and provided supervision including process groups. Additionally, Dr. Leiderman was the coordinator of the hospital’s Biofeedback/Neurofeedback program. From 1986- 1994 he provided individual, group, couple’s/family bilingual psychotherapies in various hospitals and outpatient mental health centers within the tristate area.

In 2017 he received the Affiliate Society Assembly Award from AGPA. In 2009, he was honored by the Mental Health News, Inc. for his many years of service as a member of the Board of Directors. He was influential in developing Salud Mental, the organization’s bilingual and bicultural publication which was in circulation for years. In 2009 he was presented the Champion of Children’s award in recognition for his many years of service with Westchester’s children and families from Family Ties of Westchester.

The American Group Psychotherapy Association is a dynamic, thriving community of mental health professionals of all disciplines dedicated to advancing knowledge and research, and providing quality training in group psychotherapy and other group interventions, consultation and direct services nationally and internationally.

The Group Foundation for Advancing Mental Health is a philanthropic organization dedicated to changing lives through therapeutic group work by advancing the most effective and innovative approaches to group therapy education, training, research and community outreach.

The Westchester Group Psychotherapy Society (WGPS) seeks to advance training, research, education, consultation in group psychotherapy. We believe strongly in the efficacy and viability of group therapy as a primary modality of psychological treatment and emotional support. WGPS is enhanced by being an affiliate of the American Group Psychotherapy Association.